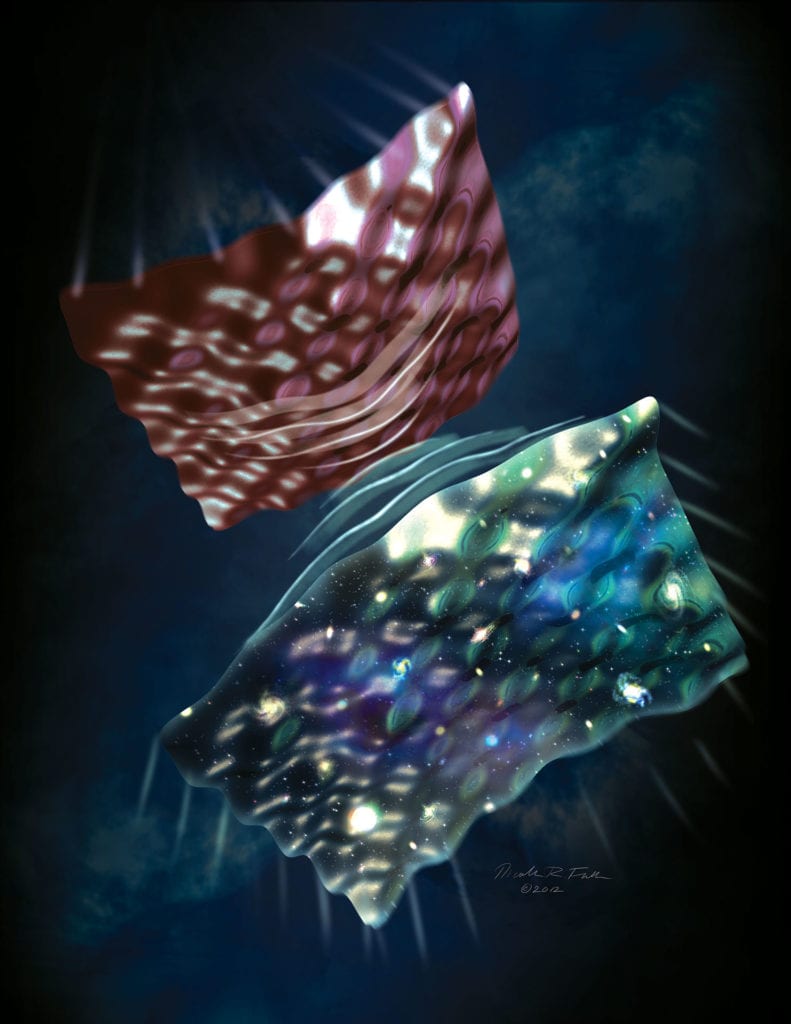 Artwork of the universe being created through the Big Bounce theory. Two sheet-like surfaces, called branes are shown colliding and separating. This results in a massive amount of energy being released, eventually forming particles of matter that coalesce into stars and galaxies. The Big Bounce is implied by the cyclic model, or oscillatory universe interpretation, of the Big Bang, and proposes that the first cosmological event was the result of a collapse or collision in another universe.