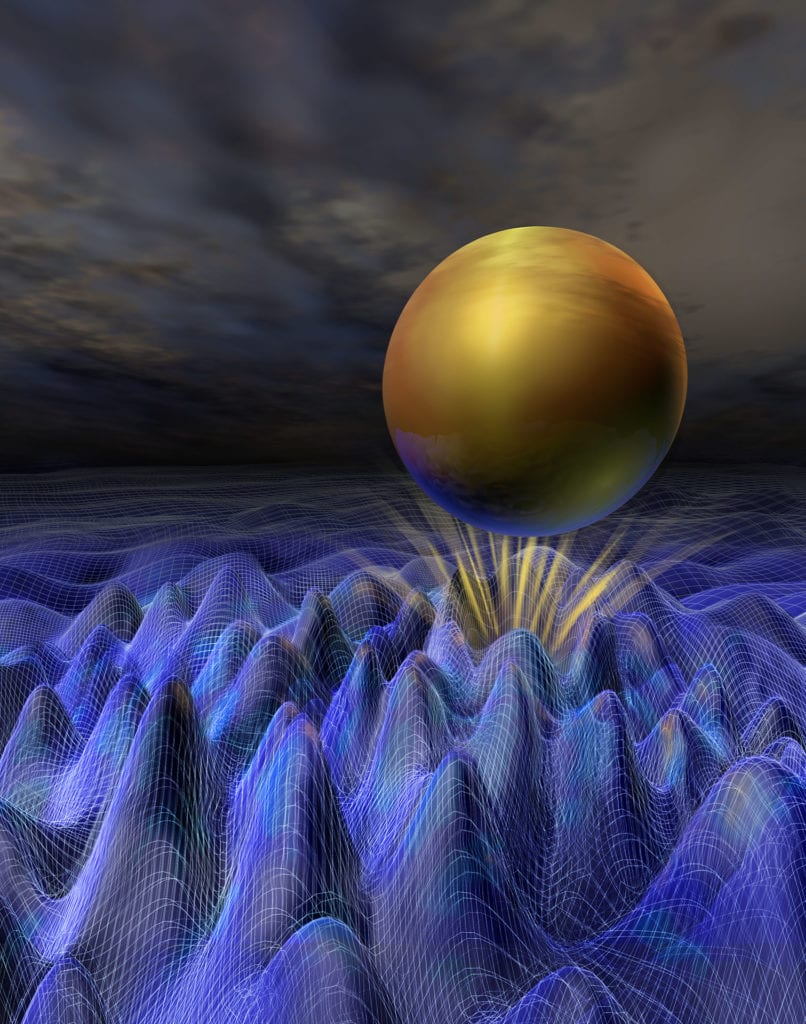 Higgs boson, conceptual image. Computer illustration showing a Higgs boson particle, which was formed by the collision of two protons, decaying into two photons. The Higgs boson is thought to give other particles mass. The first sighting of it was announced by scientists at CERN on 4th July 2012. The Higgs particle had been sought for years, since 1973 when it was first proposed. In the summer of 2012 it was finally discovered. This artwork shows the vigorous shaking of the field needed for the Higgs particle to ‘pop’ out. The discovery of the Higgs Boson particle was an important first step towards understanding the 96% of our universe that is made up of dark matter and dark energy, the 96% that still remains mysterious and unknown.