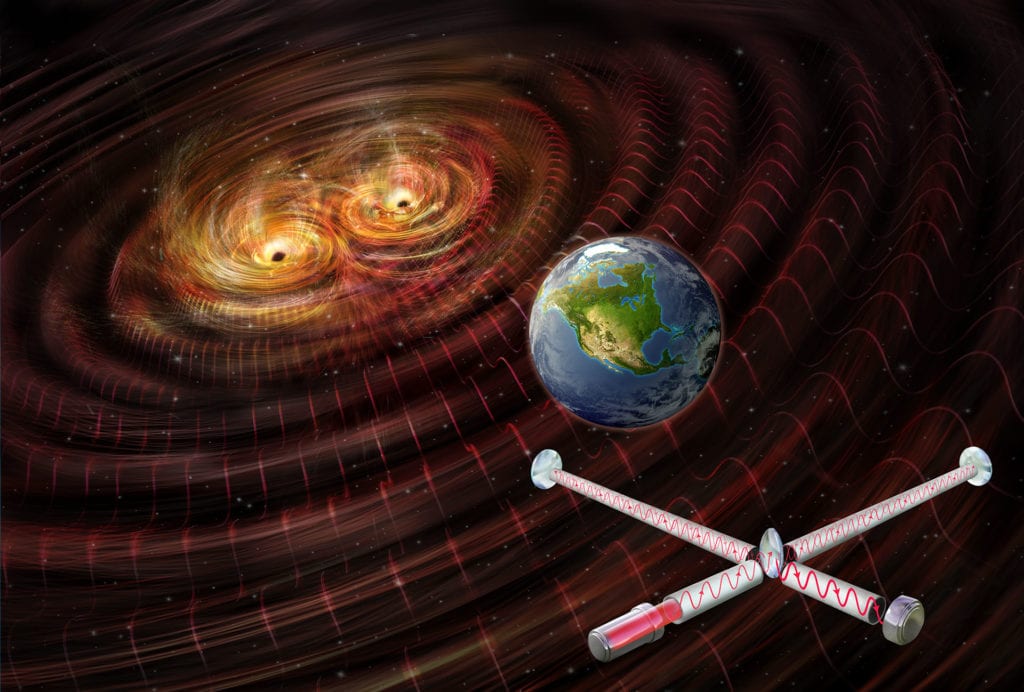 Illustration of the merger of two black holes (upper left) causing gravitational waves, a prediction of Einstein’s theory of general relativity. The effect is most pronounced where extremely massive objects (black holes or neutrons stars) are subject to extremely high acceleration. In February 2016, gravitational waves were detected for the first time, 100 years after Einstein’s prediction. The waves emanated from the collision of two black holes around 1.3 billion light years away. The waves were detected on Earth (centre right) by two LIGO (Laser Interferometer Gravitational-wave Observatory) detectors (bottom right) located 1865 mi (3km) apart in Louisiana and Washington state.