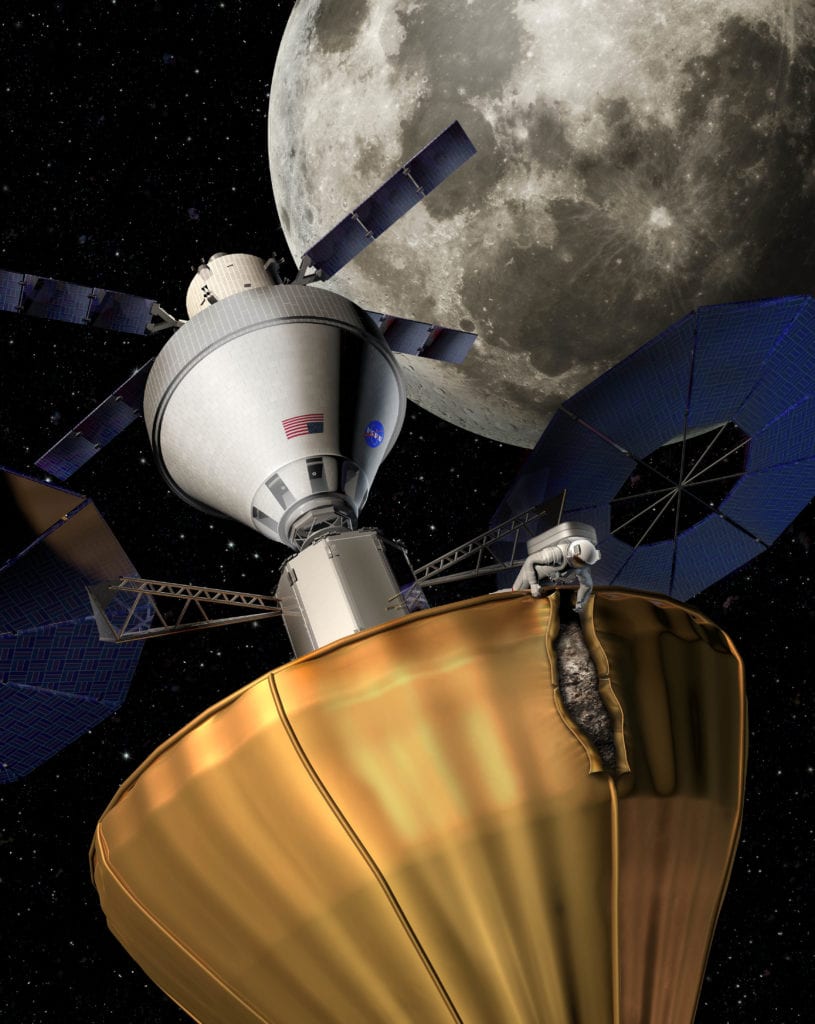 Space Boulder Capture illustration by Nicolle R. Fuller. The Asteroid Redirect Mission (ARM) is working to capture a near Earth asteroid by the middle of the next decade. To do so, they are developing several different designs, one of which is a balloon like capture mechanism put into place with a spacecraft like Orion. It could then be docked by an astronaut for further study in space, or brought back to Earth for further study or use. An astronaut extracts a sample from a secured asteroid in a close orbit to Earth with the moon in the background. This art was created for Science News magazine’s cover and interior infographic. NASA is developing 2 different potential spacecraft to capture asteroids. This art was created by building 3d models in Cinema4d and compositing and painting in Photoshop.