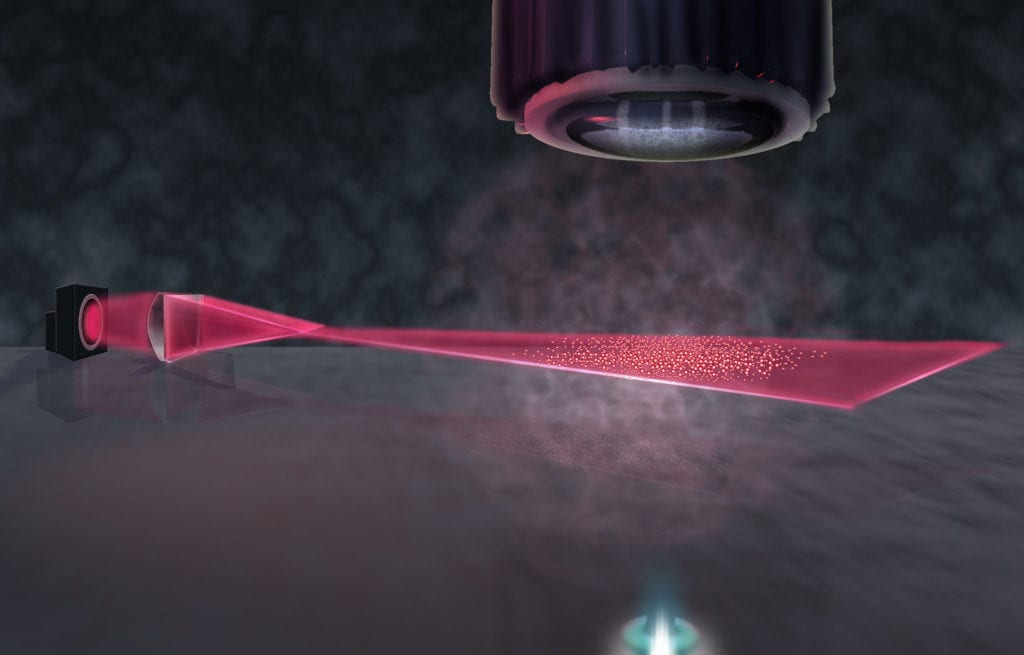 Illustration of a laser being used to trap and cool sodium ions in a thin film to enable the study of superfluid dynamics. An example of this is the creation of a Bose-Einstein condensate (BEC), a state of matter that exists at low temperatures (close to absolute zero). One of the first BECs produced was one of sodium-23 by German physicist Wolfgang Ketterle at MIT in 1995. For this work, Ketterle was awarded a share of the 2001 Nobel Prize in Physics.