Lehigh University P.C. Rossini’s center is a leader in engineering research, from medical engineering to nano-materials development. In most cutting edge research centers and universities, scientific exploration’s foremost purpose is to advance our scientific knowledge. AKA, basic research. However, even if each paper published appears to be removed from the larger world, there is an underlying societal problem that the research seeks to address. I love working with scientists to honor their commitment to the details, while showing the broader public how scientific advancement might be relevant someday to them.

All that being said, the research being pursued by Dr. Angela Brown is pretty easy to understand its significance. With the threat of bacterial antibiotic resistance looming on the horizon, Dr. Brown is approaching the problem from a new angle. Rather than trying to develop the next derivative, she’s trying to entirely rethink how we combat bacterial disease. She’s looking at blocking bacterial entry into our cells by protecting the docking receptors of our cells that allow bacterial particles to bind. This would lend broad bacterial protection, compared to our current arsenal which is ineffective against some strains.

To begin the animation process, I had to be sure I had the story right. We started off with an hour meeting to discuss Dr. Brown’s work, where she described what made her work unique. Chris Larkin followed up with journal articles from Dr. Brown, so I could understand the details of her work.

Often when I create an animation, I work from a script provided by the client. So although I am there to visualize the story, and often to add details, I know up front what the scene to scene sequence will be. But in this instance, they were looking to me to suggest how best to tell the story, and to imagine the scene by scene narrative. I did so based on Lin and Chris’s guiding ideas, and my own reading of Dr. Brown’s research.

I started with a storyboard of the animation, or, a step-by-step sketch of the key scenes. To bring home the relevance of her research, we started the animation with a hospital scene, and zoomed into a glass of water filled with bacteria (ick!). Next, we cut to a view of the bacterial cell inside the body, getting ready to attack the body’s cells. From the storyboard, I was able to confirm with the Lehigh team that it looked accurate, and got across the point we were after.

From there, I started creating components to use in Cinema 4d, from the wiggling bacteria, to the receptors on the cell surface. For each major scene, I exported the sequences so that I could edit them together in After Effects. Since we weren’t recording a voice over, Chris suggested we caption the animation, and add in quotes from Dr. Brown at key points in the animation to give it more resonance. 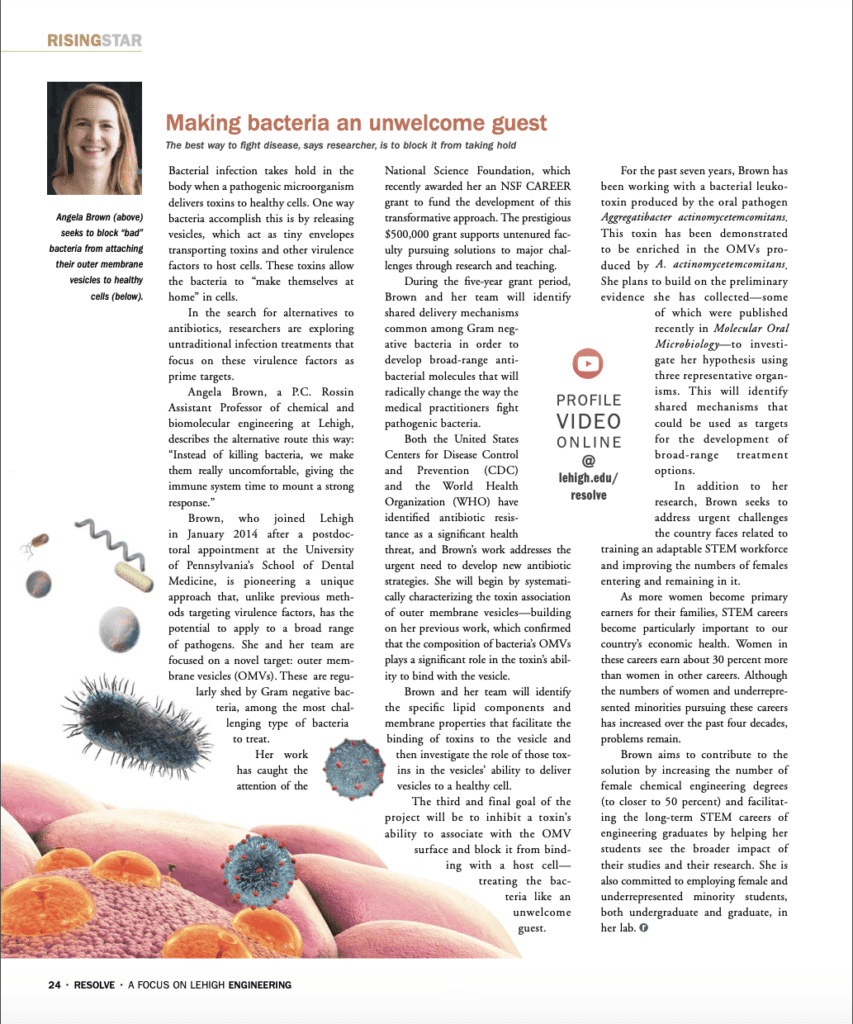