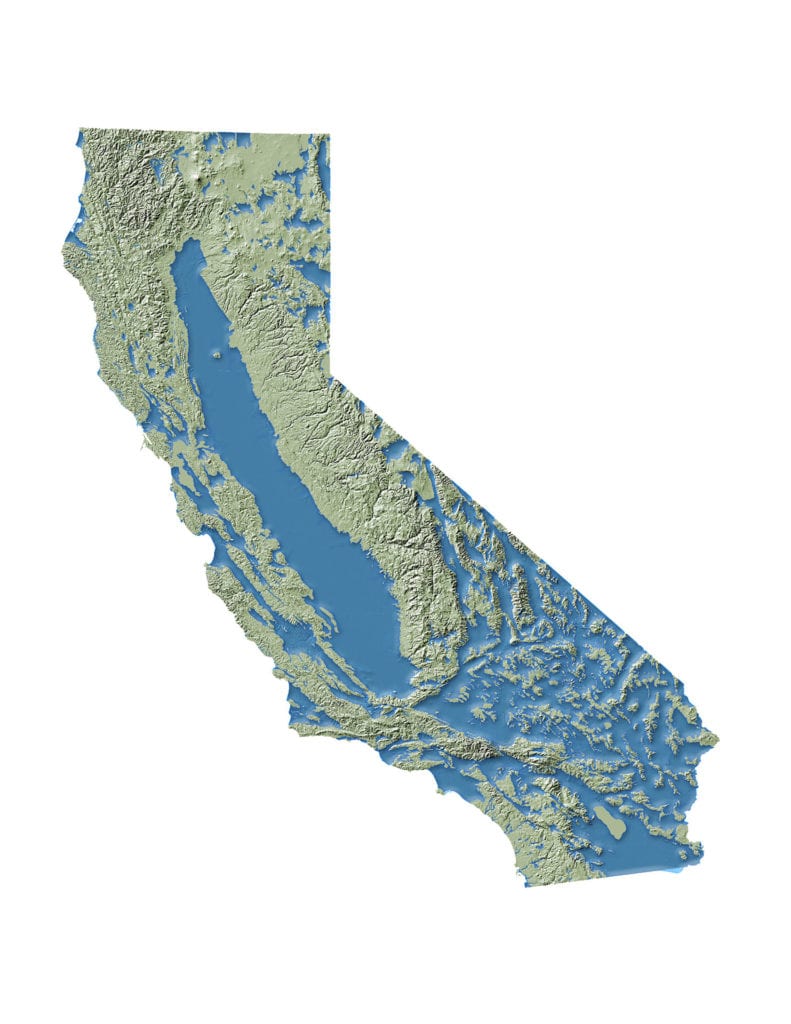 The US state of California has an extensive groundwater network, with an estimated total volume of just over one cubic kilometre within some 450 known groundwater reservoirs. During droughts, these underground reservoirs are of particular importance as the water they contain is used to irrigate crops. However, these reserves are shrinking faster than they are replenished. The period from 2011 onwards has been one of the driest on record in California, and mandatory water restrictions have been introduced. This map (produced in 2015) is based on data from the State of California Department of Water Resources.