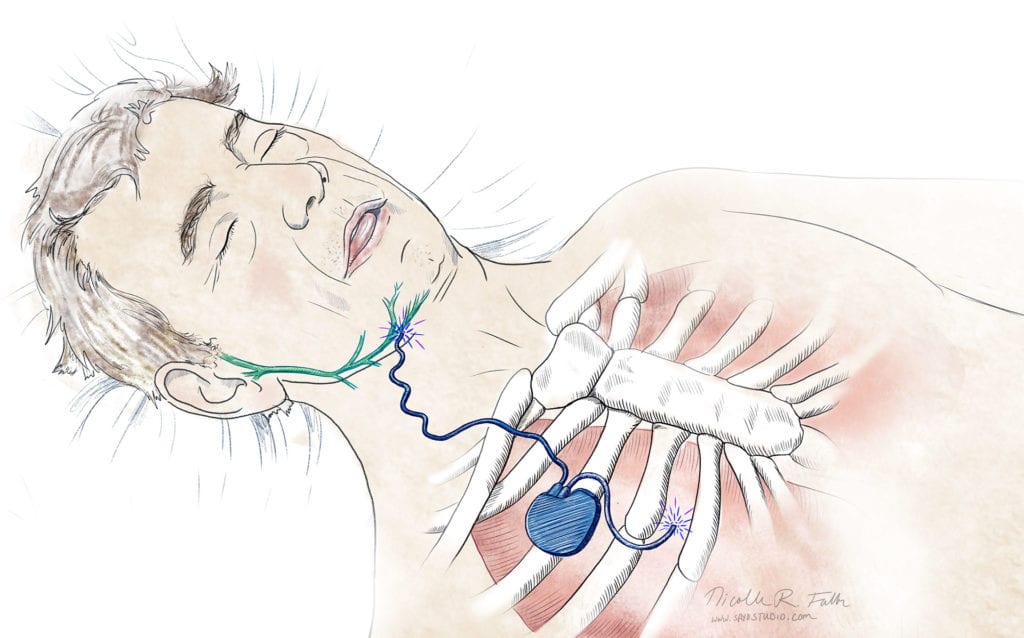 Illustration of a pacemaker-like device implanted in the chest of a man with obstructive sleep apnea. Sleep apnea is a respiratory illness that leads to a patient’s airways becoming restricted during sleep. It results in interrupted breathing that frequently wakes the patient. The implant monitors the patient’s breathing and when needed stimulates the hypoglossal nerve (green), which gives tone to the muscles of the tongue and airway, opening them. In a segment of snorers, the cause isn’t an obstructed airway, but a frequent pause in breathing while sleeping. Created for Science News magazine.