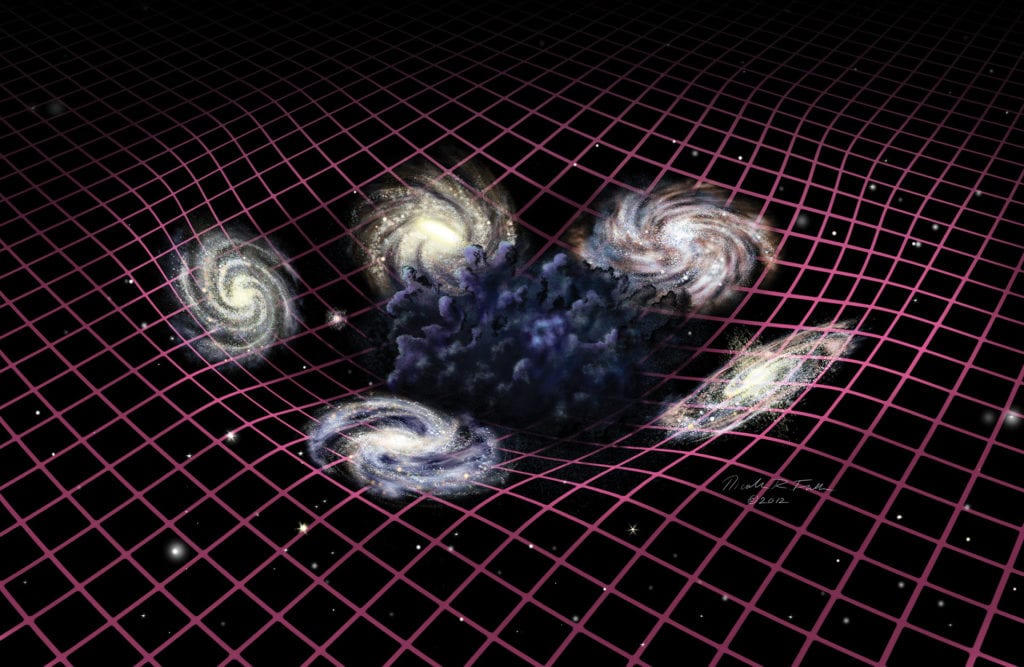 Illustration of five spiral galaxies and a central mass of dark matter on a grid of space-time. Dark matter, which holds clusters of galaxies together, accounts for nearly one-quarter of the mass of the universe, but its exact nature is not known. It is virtually invisible to current scientific tools, and its existence is surmised by looking at the way gravity is warped far beyond what can be attributed to visible matter. This is shown here by the warping (bending) of the space-time grid. Dark Matter & Galaxies. Artwork digitally painted for ScienceNews, © Nicolle Rager Fuller 2011.