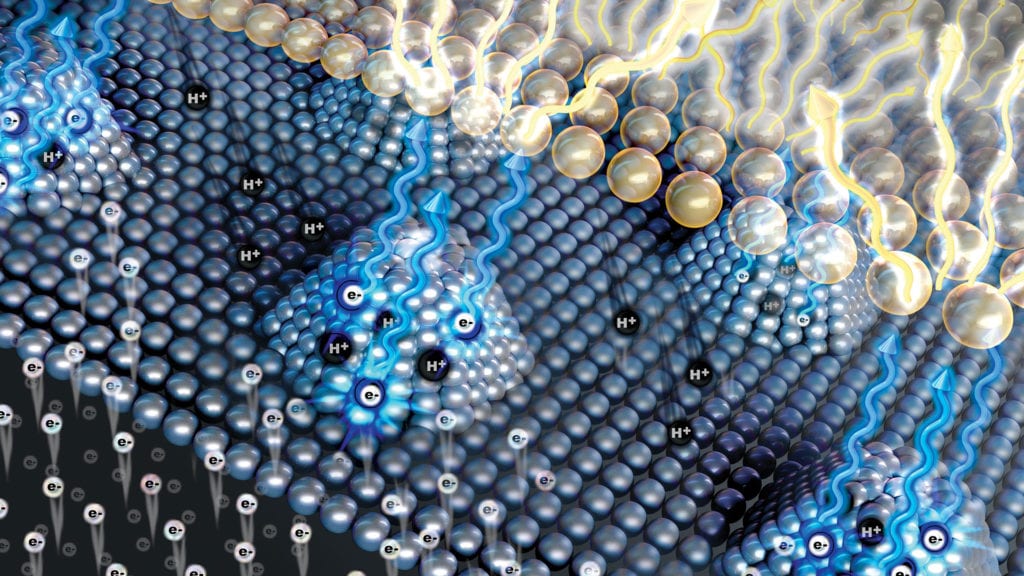 Quantum dots and LEDs, illustration. Quantum dots are nanocrystals that have various applications, including allowing increased sensitivity when detecting cancer. The resulting optical and electronic properties can be finely tuned by altering the composition of the nanocrystal core. LEDs (light-emitting diodes) are semiconductors that emit light when an electric current passes through them. LEDs are used extensively in lighting and for electrical devices and circuit boards. This illustration shows flows of protons (H+) and electrons (e-).