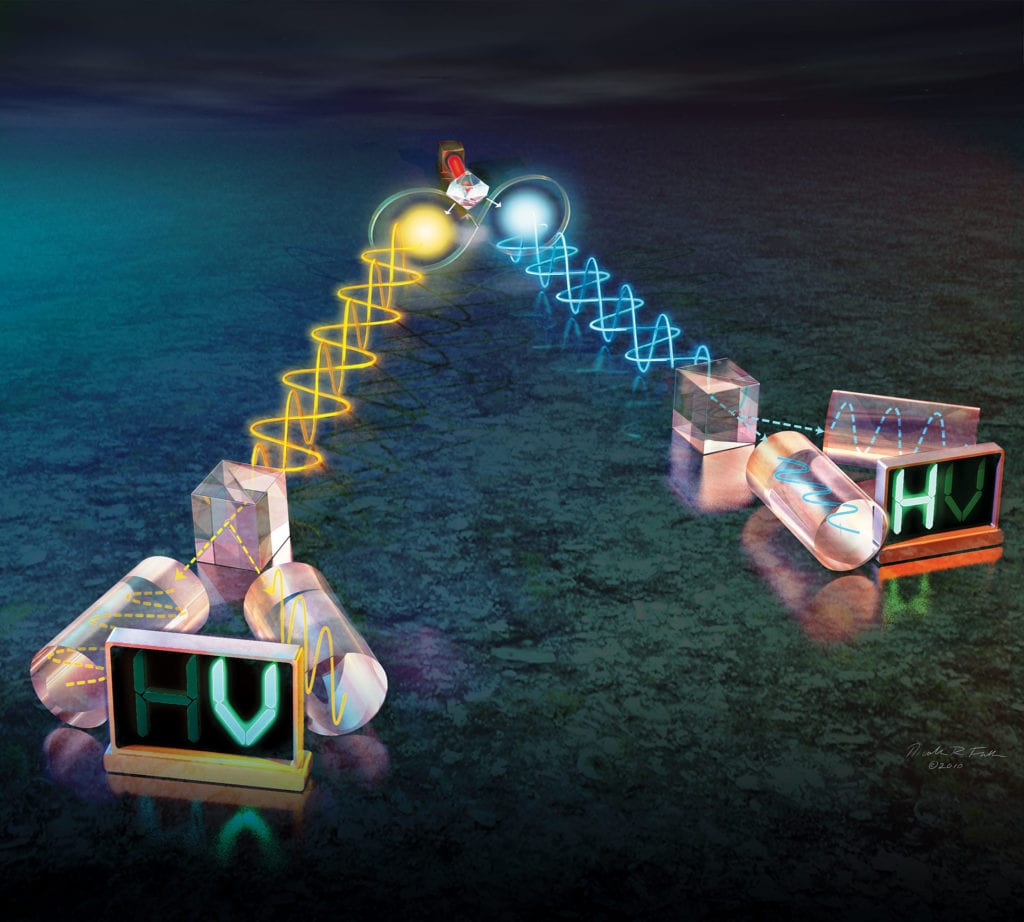 Artwork of a pair of entangled photons (blue and yellow) split through a set of crystals. When observed, one is measured as a vertical wave (V, left) the other as a horizontal wave (H, right). Quantum entanglement is one of the consequences of quantum theory. Two particles will appear to be linked across space and time, with changes to one of the particles (such as the observation made here) affecting the other one. This is an instantaneous effect that appears to be independent of both space and time, meaning that, in the quantum realm, effect may precede cause.