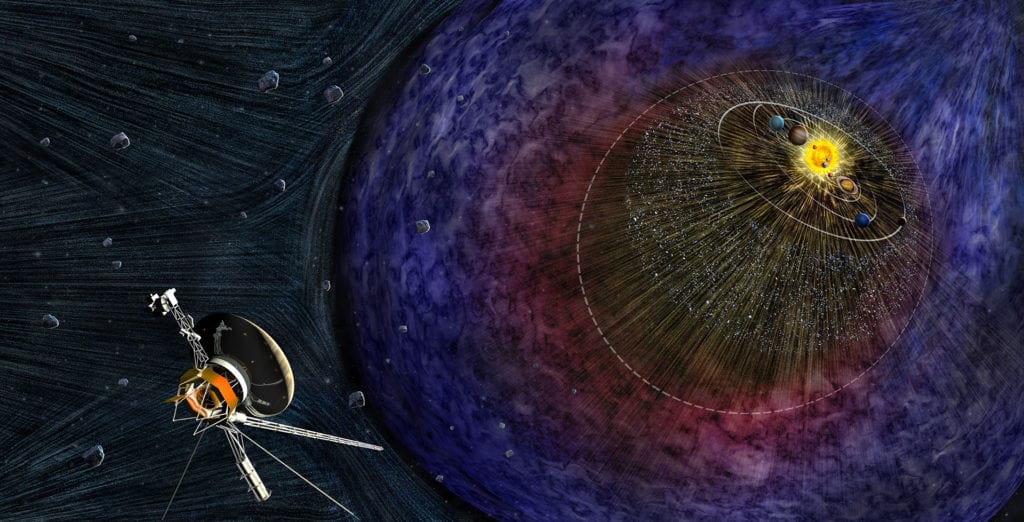 Artwork of the unmanned space probe Voyager 1 (lower left) at the edge of the solar system. The Sun and planets are at upper right. NASA’s two unmanned Voyager probes were sent to the outer planets in 1977. They have exceeded the solar system’s escape velocity, beaming back data as they head out into interstellar space. Voyager 1 reached the heliopause, the boundary between the heliosphere and interstellar space, around August 2012. As of 2013, Voyager 1 is over 18 billion kilometres from the Sun. Here, the solar wind ends and the interstellar wind dominates, but Voyager 1 is still within the larger Oort cloud.