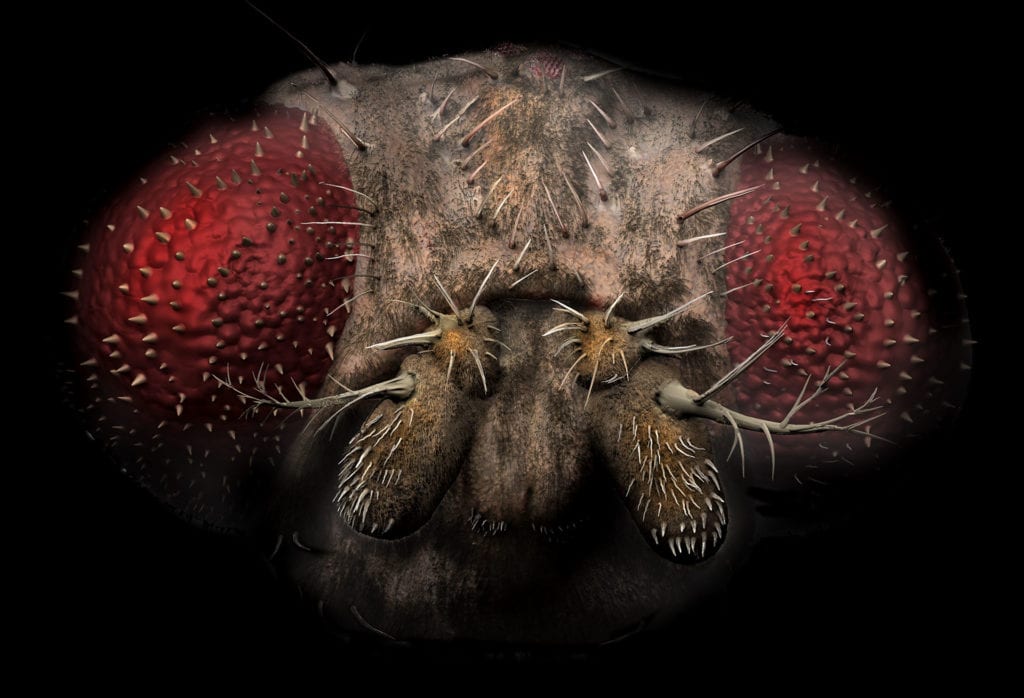 Fruit fly (Drosophila melanogaster) head, illustration. The mouthparts are at lower centre, with two large compound eyes (red) at left and right. The compound eyes are formed from numerous lens structures known as ommatidia. The hairs are believed to be protection against dirt and damage. The fruit fly has become one of the most ubiquitous research subjects, and is central to many genetic studies and discoveries. Fruit flies are widely used in genetic experiments, particularly in mutation experiments, because they reproduce rapidly and their genetic systems are well understood.