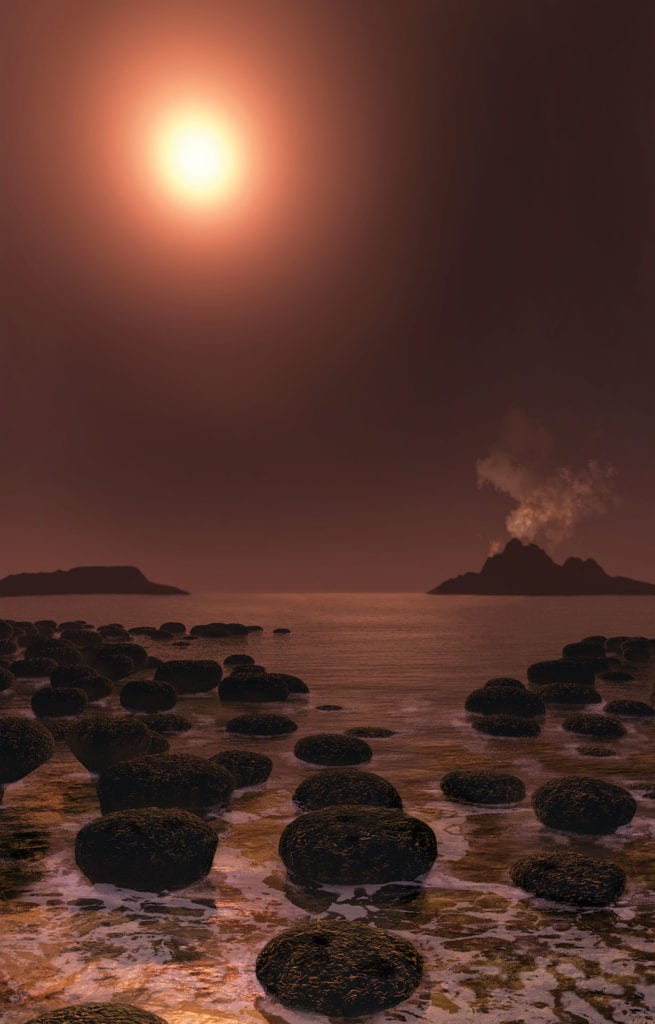 Illustration of stromatolites (boulder-like structures) on an early Earth, with a dim Sun and volcanoes in the background. Stromatolites are an ancient form of life, dating back over 500 million years. They are thought to have been among the first forms of life to emerge, doing so in the Earth’s early history when large parts of its surface were still volcanic and the Sun dimmed behind a hazy atmosphere. Stromatolites are mineralised microbial communities, formed over thousands of years by accumulated layers of blue-green algae (cyanobacteria). Stromatolites still exist on Earth today, and are known as living fossils.